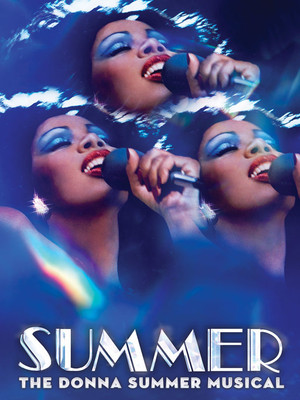 The new must-see Broadway musical of the moment.

Get ready for some hot stuff as Summer: the Donna Summer musical wows on tour! Documenting many of the disco icon's successive hits, including, "She Works Hard for the Money", "Hot Stuff", "Bad Girls", and "No More Tears (Enough is Enough)" among many more! A cult hit on Broadway, this brand new production has been praised as being not just a celebration of Summer, but of women as a whole. So get ready to be dazzled by the glitter and joy of this exciting new musical lands in your town!

The story of a legend

Donna Summer didn't just sing disco; she grew up as a gospel choir singer, but also sang in a rock band, and spent a year in Germany as a member of the cast of Hair, before joining the Viennese Folk Opera. She found fame a few years after settling in Munich and meeting producing and songwriting team Giorgio Moroder and Pete Bellotte. The result saw them create The Hostage and her first album, Lady of the Night. In 1975 they recorded Love to Love You Baby, which became a huge hit in Europe and topped the Billboard club chart.

She had a score of disco hits during the 70s but when her subgenre supposedly ended, Summer changed direction, released She Works Hard for the Money and became an MTV star releasing high energy hits that continued to smash the charts. Her final chart-topping single, To Paris with Love, was released in 2010; she died two years later of lung cancer leaving behind her an incredible legacy that inspires and thrills to this day.

One hour and 40 minutes with no intermission

And before you stop reading

Images are taken from the Broadway production and do not necessarily reflect casting for this tour.

About Schenectady Theater: We are an independent show guide not a venue or show. We sell primary, discount and resale tickets and prices may be above or below face value.

View all times and dates

Nuggy: “Saw it on Broadway”

I loved it! I have been a Donna Summer fan since I was 10 years old and... more

I loved it. I don't understand why anyone could calling boring. It was... more

Read all reviews Write a review

Sound good to you? Share this page on social media and let your friends know about Summer: The Donna Summer Musical at Proctors Theatre Mainstage.